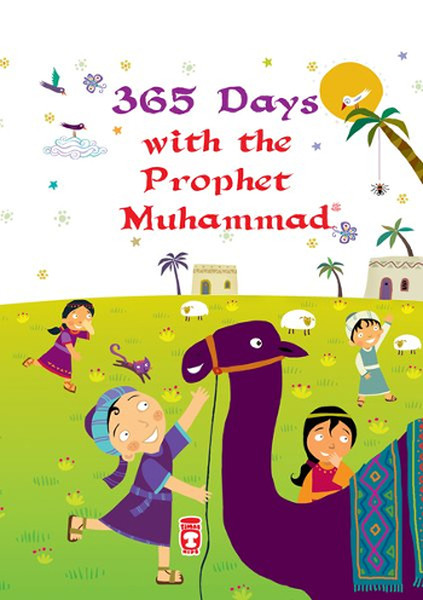 "365 Days with the Prophet Muhammad(saw)" is a beautiful book that is a must own for Muslim families everywhere. This carefully crafted piece won the Best Work in Translation award at the Islamic Bookfair of Indonesia. For every day of the year it goes tells a story of our Prophet(saw) in order that you and your children can read a new story together each night, or they can read it by themselves. These stories are also told chronologically, so that children will also begin to have a grasp of basic Islamic history. The child can also explore the Prophet's(saw) lofty character - his generosity, loyalty, hospitability, honesty, peacefulness, and forgiving nature - by using the subject index provided at the beginning of the book. Parents who want to teach their children ethics and morality will now be able to guide them by using the highest of all role models: The Prophet Muhammad.(saw) The book is also printed with a free gift, a "Map of the Golden Age," which helps children see the places that they read about in the stories.